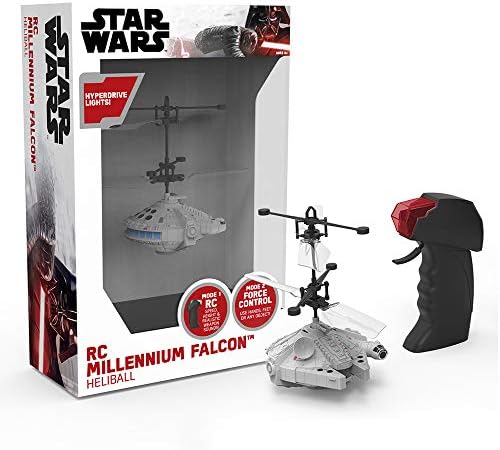 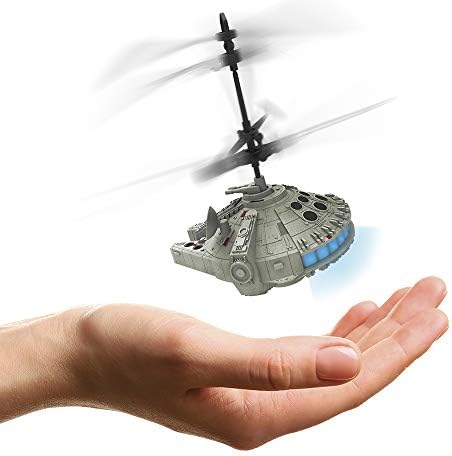 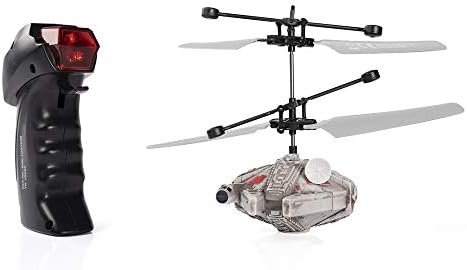 FLY LIKE HAN SOLO AND CHEWBACCA: You control the speed and height!
MILLENNIUM FALCON with Hyperdrive lights and sounds activated by Force Control
FORCE CONTROL: control the Force to control the Falcon! Using Heliball patented motion sensing technology you can control the speed and height of the Falcon.
REMOTE CONTROL OR FORCE CONTROL: Use the handset included or flying using the power of the Force! Heliball Auto Hover system allows you to control the Falcon with your hands or any solid object beneath.
OFFICIAL STAR WARS TOYS for indoor use only authorised and licensed by Disney. The Millennium Falcon features in Star Wars 2019 the final episode in the Star Wars saga entitled Star Wars: The Rise of Skywalker.
STAR WARS EPISODE IV A New Hope, is when the Falcon first appeared, then Episode V The Empire Strikes Back, Episode VI Return of the Jedi, Episode III Revenge of The Sith, Episode VIII The Force Awakens, Episode VIII The Last Jedi, Solo: A Star Wars Story and various spin offs.